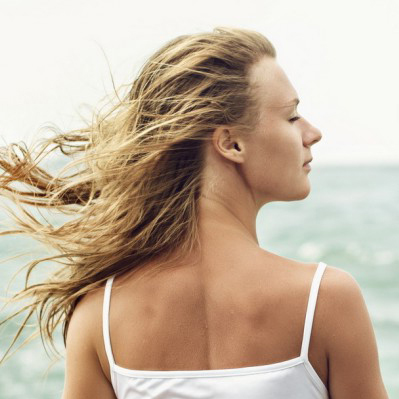 A 2016 study by Yoga Journal and Yoga Alliance found that American yoga practitioners spent about 4.6 billion USD on yoga clothes, accounting for 28% of total US yoga spending. If similar proportions apply to the 80 billion USD spent annually on yoga across the word, then global practitioners are conceivably spending around 22.4 billion USD on yoga clothing annually. That’s enough for each of the 327 million living Americans, including children, to have a new pair of 70$ yoga pants every single year.

This number of yoga clothes would have an environmental impact even if they were made from the most sustainable materials, using the most sustainable practices. Unfortunately, the majority of yoga clothes are produced using the same energy and chemically intensive processes that have made the global fashion industry one of the most polluting on the planet. This article will explain some of the problems with the kinds of clothes many of us yogis wear, and help guide you to making good, informed decisions about your yoga outfit.

THE ENVIRONMENTAL COST OF SYNTHETIC CLOTHING

A recent study found that 9 out of 10 yoga practitioners in the US and Canada wear yoga clothes made from synthetic fibers like polyester and nylon. Synthetic fibers like these tend to take far more energy to produce than natural fibers and release more CO2. They also tend to be created through chemically intensive processes that present serious risks of environmental contamination through air and water pollution, a problem only exacerbated by the fact that synthetics are often produced in poorer nations with weak environmental controls.

But the problems with synthetics don’t end at the production phase. Each washing machine load of synthetic clothing can release tens, or even hundreds, of thousands of tiny synthetic microfibers into waterways. These fibers are added to the 5 trillion microplastics already in our oceans. There is evidence that these microplastics can leach toxic additives into the environment, transfer contaminants to marine animals that eat them, and increase the mortality rates of plankton, one of the building blocks of the marine food chain. And yes, these fibers are also getting into us. We are inhaling microfibers in the air, eating them in fish and seafood like bivalves like muscles and oysters, and even drink them in our tap water. Research on the potential health effects of ingesting microplastics is still developing, but at least one study has found that microplastics can be toxic to human cells.

The answer, unfortunately, is not to immediately ditch your synthetic yoga clothes. Since the vast majority of textiles in many nations, including rich ones like the USA, are not recycled, most will wind up in landfills where they can persist for decades and continue to leach microplastics into waterways. Even donating old clothes, or recycling them in a storefront drop box, isn’t a great solution. Only 10-20% of donated clothes are likely to be worn again in the country of origin, with the rest either downcycled into lesser products, or shipped overseas. Oxfam estimates about 70% of globally donated clothes wind up in Africa, where they can upset local textile economies and are likely to eventually wind up in an African landfill.

NOT ALL NATURAL FIBERS ARE CREATED EQUAL

Problems like non-biodegradability and microplastic contamination are largely unique to synthetics, but natural fiber clothing can also be damaging to the environment. Conventional cotton, for instance, takes less energy to produce than polyester but requires far more water, is similarly chemically intensive, and presents the same elevated risks of environmental contamination when produced in nations with weaker environmental controls. Cotton clothes also dry slower than synthetics, so they may eat up more energy during their use phase through extra time in the tumble dryer. Even clothes made from fibers like organic cotton, hemp or bamboo can present environmental challenges like deforestation, and all donated clothes go through similar less-than-perfect recycling and donation processes.

All things considered, natural fibres that appear to be more or less sustainable (at minimum, better than synthetics) include tencel branded Lyocell, bamboo, organic cotton, hemp, organic linen, silk, recycled synthetics, recycled cotton and ethically produced wool. For a quick reference guide, check out Vetta’s A Simple Guide to Eco-Friendly Fabrics and Where to Shop Them.